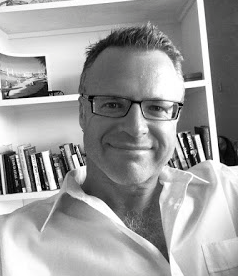 Why Shouldn't I Call My Son Clint? 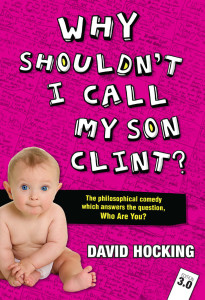 Born in Melbourne, 1968, my first memory is looking down past my nappies at all these cool-looking red rocks which seemed to be glowing (dying campfire). I was 18 months and to this day I love fire, but that’s another story.

As a young lad I went and watched Jaws with my grandparents, which had ramifications, and my most memorable moment at high school was winning a speech contest by singing ‘A boy named Sue,’ by the great Johnny Cash. This too had major ramifications.

Post high school I did first year science at Monash Uni before transferring to James Cook Uni, Townsville, where I studied marine biology. After diving the years away on the Great Barrier Reef and travelling Europe for 18 months, I returned to Australia and took up a pearling job based on a small island about 350 km north of Broome. After two and half years I headed back to Europe, and I also made the decision to give science away and write.

After attending Italian-language school in Livorno, north west of Rome, I returned to Australia and moved to Perth where I began my first novel, about a young man who attends Italian school, and who ends up murdering his landlord. (No, I didn’t do that, but there was a rather comical moment around which I based the book. Long story……)

As a sideline job in Perth I worked for the council mowing verges as I edited. And then a private joke between me and a good friend spawned the idea for my first official book, WHY SHOULDN’T I CALL MY SON CLINT? – the world’s first name dictionary which attempts to describe your personality by knowing what you are called. In a nutshell, it became apparent that if I knew someone’s name, I could have a fair crack at their personality. (Yes, it’s a shockingly judgemental thing to do but life is a game, so why not!)

Now in its fourth edition, it has sold nearly 12,000 copies and is now a smartphone app. (WHO ARE YOU – apple. NAME GURU – android.)

Having tired of the Perth council life, however, I took up a job driving ladies of the night for an escort agency which opened my eyes in ways I never knew possible. It also opened my eyes to the role and the lives on women in a way that I never thought possible. It was here I think I truly began to see the world through the eyes of girls, what they are subjected to, how the male-dominated society views them, and what the consequences are. Years later, it led to me writing Driven To Sex, a novel based around my time driving.

Eventually I gave that away and worked as a waiter/coffee maker at my favourite beach-side cafe in Cottesloe, Perth. As a dog lover, I compiled my first coffee table book, I, COTT DOG, an exposé of dogs and their owners in Cottesloe, with poetry by Gerard Zochling.

In 2010 I relocated to Noosa, two hours north of Brisbane, with the aim of learning to surf. It was here I began work on my latest novel, DRIVEN TO SEX, a fictional love story based around my time driving hookers in the Perth sex business. As a day job in Noosa I began selling WHY SHOULDN’T I CALL MY SON CLINT? at the Eumundi Markets.

This was a revelation. I was getting paid for doing something I truly love – meeting and having lengthy discussions about every-damn-thing, with people from all over Australia and all over the world. One day I’ll write a book about my experiences here. I also began radio announcing at Noosa Community Radio.

Here in late 2015, I’m single with no kids and I’ve no idea what’s going to happen next, aside from the sun engulfing the Earth in 5 or 6 billion years time. The one thing I have discovered is that humans are ostensibly identical in that a loving life, both giving and receiving, is paramount, and that beauty in all its forms is everywhere if you’re prepared to look. New surfboards are also very nice.