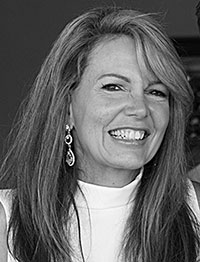 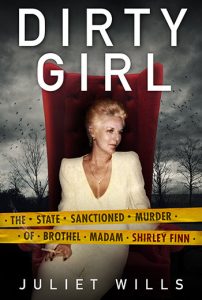 Juliet Wills has choppered into crocodile breeding grounds, been chased by rioting armed gangs, and jumped from a civilian plane with the 13th load at 13,000 feet on Friday the 13th. She has also pursued the story of murdered brothel madam Shirley Finn’s with fearless obstinacy.

Born in Sydney, Juliet has lived and worked throughout Australia. She has been awarded for her Excellence in Television Journalism, written for major newspapers, and lectured in broadcast journalism at two universities.

The mother of three lives in Perth and now works in real estate. Her first book, The Diamond Dakota, was published by Allen and Unwin in 2006.
You can find out more about Juliet Wills’ quest for justice for the Finn family atwww.finnmurder.com